Stephen Knoblauch (Saxophonist, Keyboardist and Percussionist) and Julian Ardas (Drummer, Vocalist, Lyricist) have been friends and musical acquaintances since the early 2000s. They connect during international visits to Sydney Australia and New York USA. Their latest encounter in February/March 2020 resulted in two songs recorded on an IPhone at The Meadow House Studio – “Saxophone & Laundry” and “Amore”.

They were then refined and enhanced by Ian Pritchett -Engineer & Producer (who added guitar, bass, keyboards and panache) and Julian Ardas. 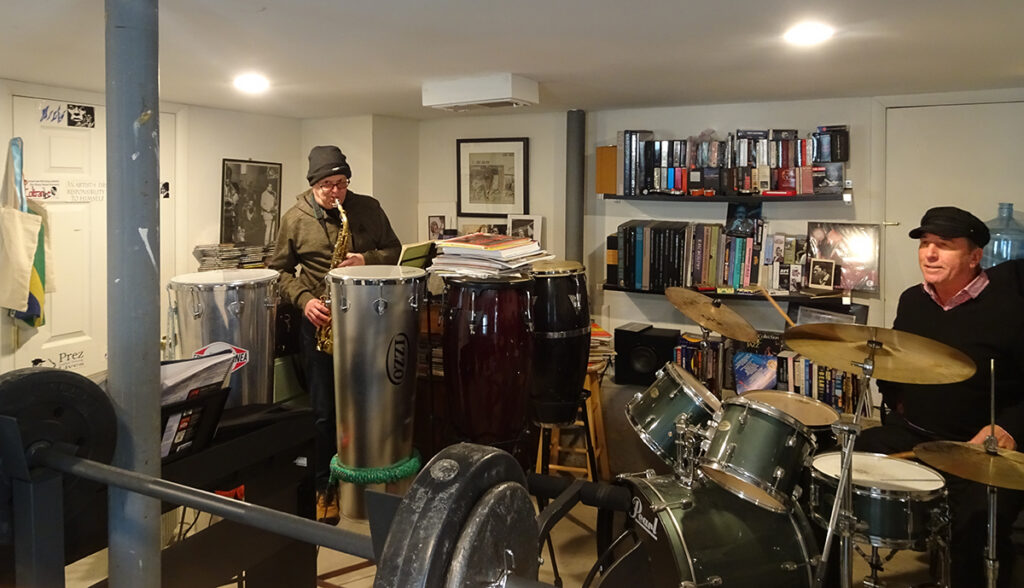